December 2016, Guam – Guam Business Partners for Recycling, Inc. (GBPRI), the non-profit that created the i*recycle program, is in the process of bringing in new plastic 6cy recycling bins to replace the metal 8cy bins that were placed at participating schools in the fall of 2007. “The original metal 8cy bins have helped to grow the i*recycle program to where we are today. It has served its purpose and we are proud to work with the business community to have them replaced,” said Mark J. Sablan of South Pacific Petroleum and President of the Guam Business Partners for Recycling Board.

The new bins cost approximately $1150 apiece, including manufacturing, trucking to the West coast, and signage. Shipping costs are covered by Matson, one of i*recycle’s partners. i*recycle will be soliciting sponsorships from local companies to assist in covering the cost of the bins. Logos of bin sponsors will be reflected in the signage on each bin. The first 12 bins have been received and are ready to be placed at 12 schools. Bins will be delivered over the next two weeks.

The Pay-Less Community Foundation donated $11,000 to i*recycle from its 2014 Kick the Fat 5K event. The proceeds were set aside to purchase new bins. The foundation’s contribution covers the cost of nine new bins. Eight of these nine bins will be placed at the eight schools that are partnering with the eight Pay-Less Supermarkets to be the recipients of the aluminum cans that are generated at Pay-Less stores. Those eight schools are Agana Heights Elementary, CL Taitano Elementary, Untalan Middle School, Tamuning Elementary, Liguan Elementary, Benavente Middle School, Simon Sanchez High School, and Southern High School.

Over the next year, i*recycle plans to bring in a total of 60 bins which will allow 60 schools to participate in the program, thus increasing the number of participating schools by 20.

Any company that is interested in sponsoring an i*recycle bin should contact Peggy Denney, program administrator, at 483-9415.

To learn more about the i*recycle program and how you can become involved, contact Peggy Denney, Program Administrator, at (671) 483-9415 or follow us on Facebook at irecycleguam. 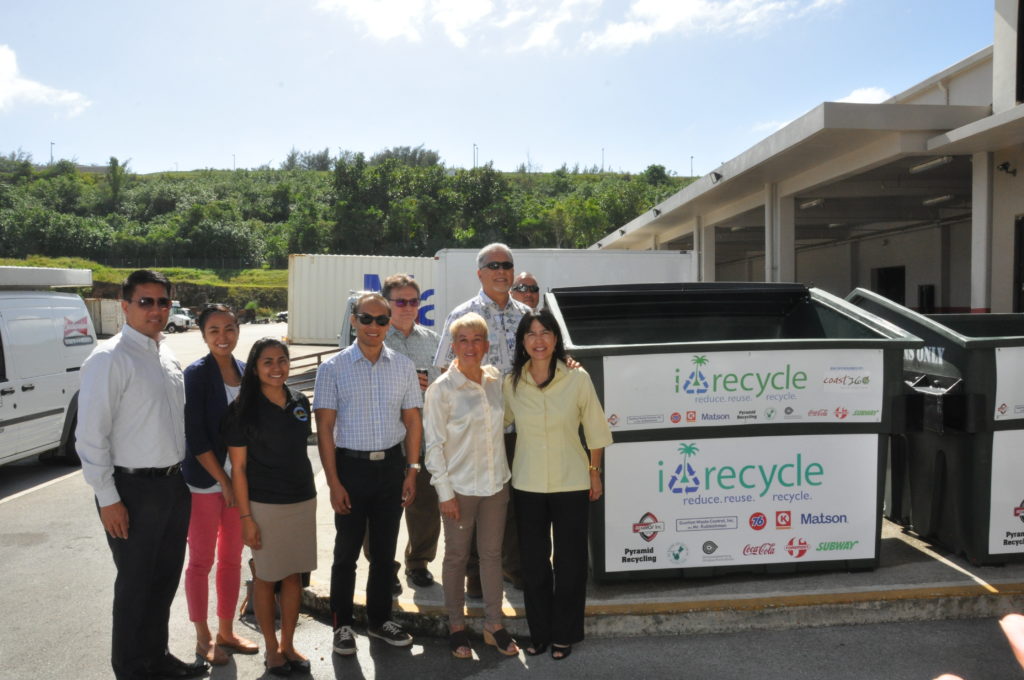