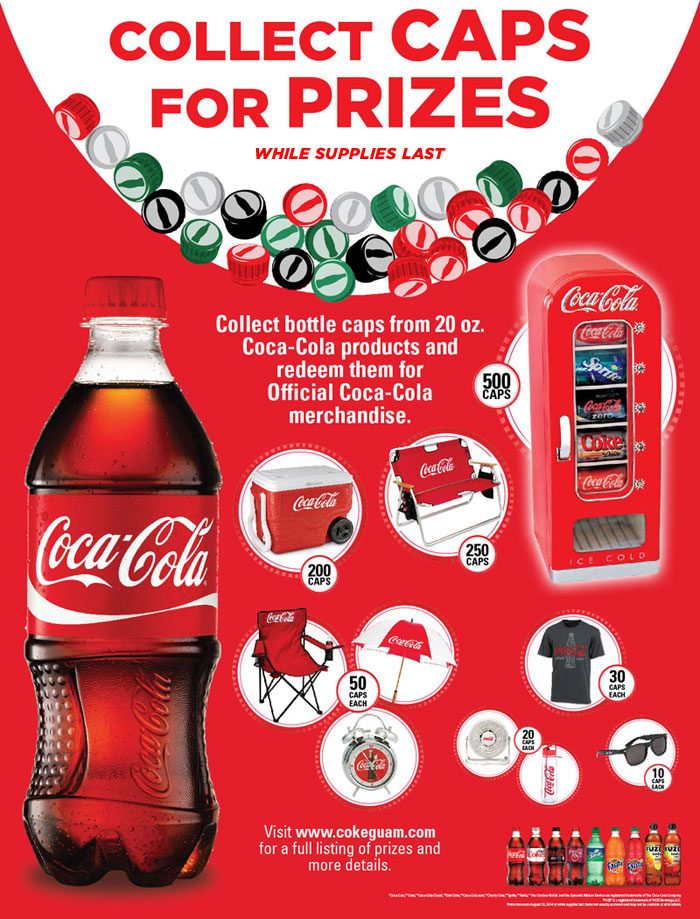 General Regulations: All federal and local laws apply. By participating, participants agree to be bound by these official rules. Except where prohibited, acceptance of prize constitutes winner’s consent to the use of his or her name, photograph, likeness, voice, and/or biographical information for advertising and promotional purposes without the additional compensation. All prize claims are subject to verification before any prize is awarded. The decisions of the organizers are final in all matters relating to this promotion.  Organizers reserve the right to substitute prizes with prizes of equal or greater value. Any and all applicable taxes on prizes are solely the winner’s responsibility.

How to Enter: Individuals collect the caps from 20 ounce Coca-Cola products with the contour Coke bottle image on the top, which include Coca-Cola, Diet Coke, Coke Zero, Cherry Coke, Sprite, Fanta Orange and Strawberry, and FUZE Lemon tea and Strawberry tea. Individuals may redeem the appropriate number of caps for specific prizes on Redemption Days. The list of redemption dates and times can be found at  www.cokeguam.com under Promotions & Events. The last day to redeem prizes will be Saturday, August 23, 2014.

Disclaimer: All promotion material submitted becomes the property of the organizer and will not be returned. Organizers reserve the right to substitute prizes with prizes of equal or greater value. Any and all applicable taxes on prizes are solely the winner’s responsibility.

No Liability:  Coca-Cola Beverage Company (Guam), Inc., their agents, employees, distributors, suppliers, organizers, and representatives make no warranties in connection with this promotion to entrants or winners, expressed or implied, including but not limited to, any warrant of merchantability or fitness for a particular purpose or as to the contents contained in any ads.  Coca-Cola Beverage Company (Guam), Inc. will also not be held liable for any consequential damages. 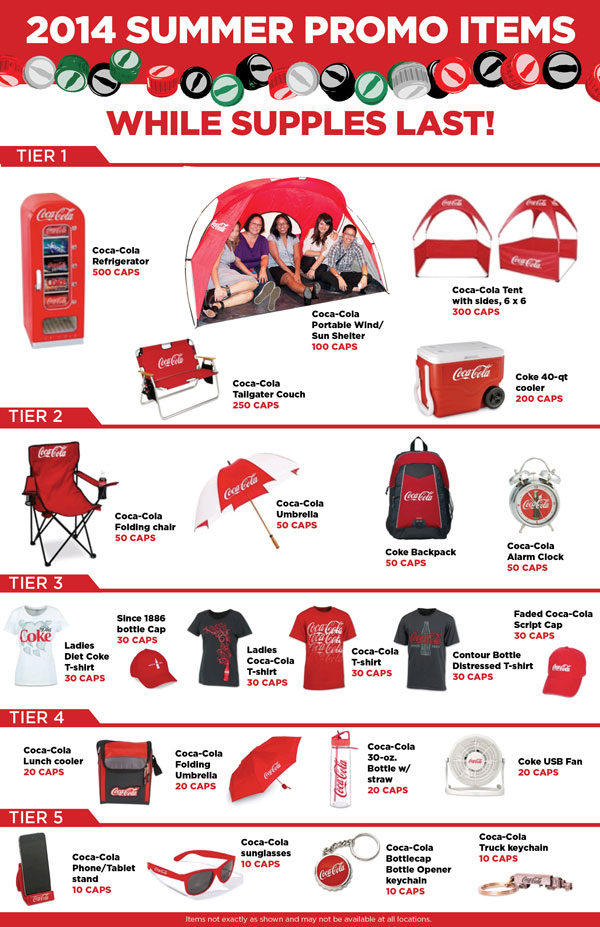